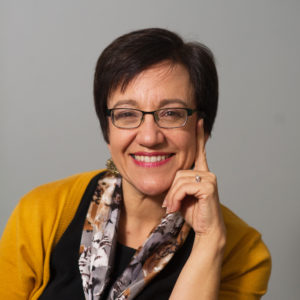 In January 2016, Downtown Women’s Center was thrilled to welcome Chief Executive Officer Anne Miskey, who joins us following a five-year tenure as Executive Director of Funders Together to End Homelessness. An outspoken leader on the role of philanthropy in ending major social issues, she has spoken on several occasions at the White House on youth and veteran’s homelessness. In addition to working with the First Lady’s Joining Forces Campaign, she has worked with the departments of Housing and Urban Development, Health and Human Services, Veterans Affairs, and the Department of Labor to champion support for vulnerable families and individuals.

We spoke with Anne about her first month at DWC, bringing her nationally renowned expertise to Los Angeles, and her passion for calling out the needs of women.

Tell us a little about yourself.

I’ve worked for many years in the nonprofit sector and became rather frustrated at how much we were all doing, and how little we were seeing results. We were helping people, but we weren’t seeing solutions to major problems. When I began working at Funders Together to End Homelessness, I became very involved in changing those systems, and dedicated my five years there to shifting our focus toward solutions. When I heard about the Downtown Women’s Center, I was really excited about seeing that change in action at the ground level, with an organization that understands what it is to help women individually while also working towards truly ending homelessness.

A lot of the work that I did nationally was around homeless veterans and youth, and we’ve seen how far we’ve come even in the past two years around both those populations. What I never saw was any focus on the needs of women who experience homelessness.

Why do you think there has not been a focus on women?

I’m very, very excited about bringing all these pieces together, and about creating systems that end homelessness and focus on a really important, substantial population within the wider homeless population — women. What are their specific needs, their requirements, and how do we ensure that policies and practices focus very specifically on them? 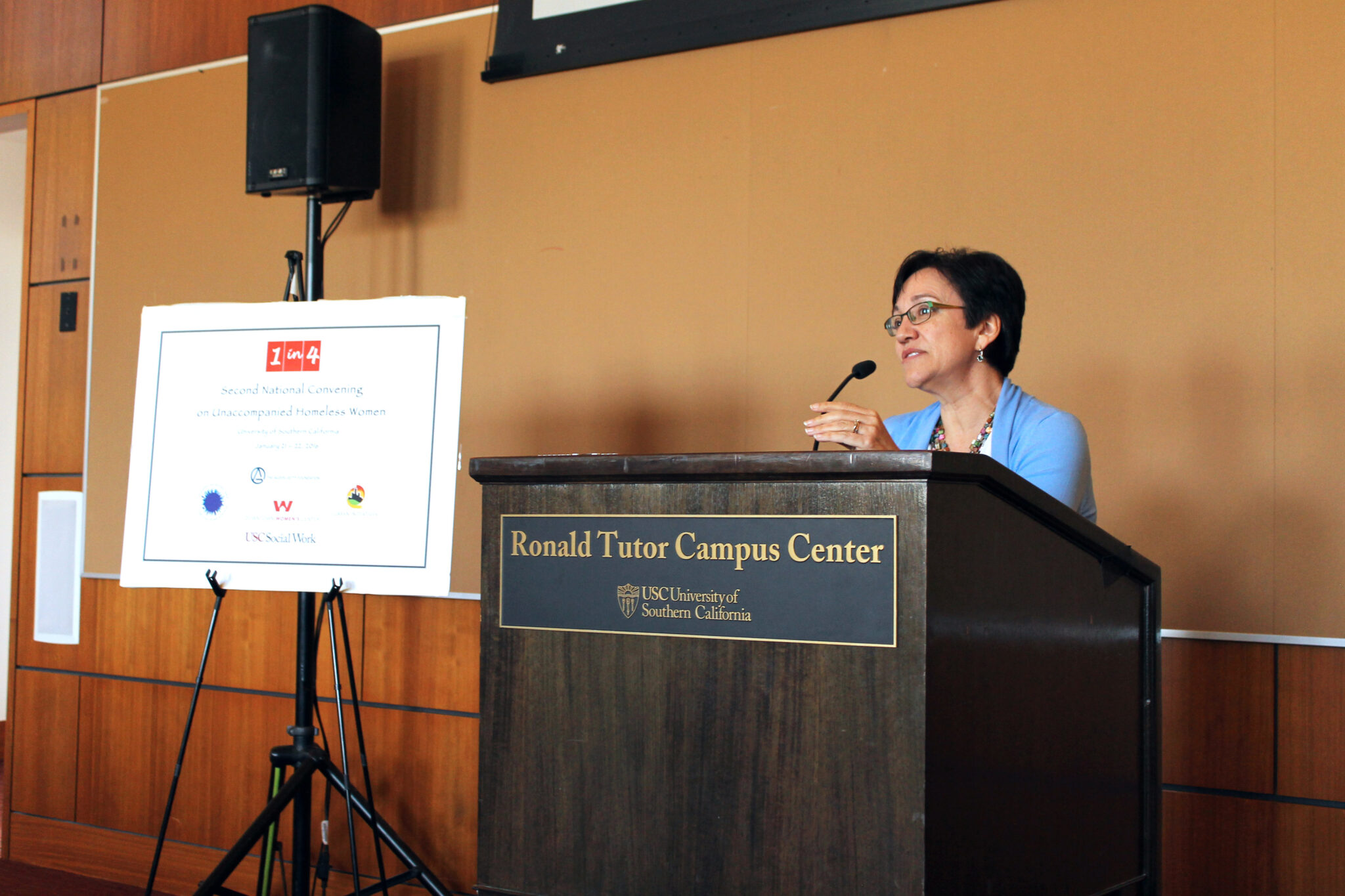 Above: “Open your mouths to call for change. Demand that women’s lives be valued and their needs addressed.” DWC CEO Anne Miskey addresses the attendees of the 2nd National 1-in-4 Convening on Women’s Homelessness at the University of Southern California.

What are your thoughts about how the dialogue around homelessness in our city and nationwide is changing right now?

I think that the movement as a whole over the past few years has moved forward quite dramatically. We’ve seen a lot of work being done nationally and a lot of focus on homelessness.

What I think is different about Los Angeles, is the fact that homelessness has become such a crisis. It is such a huge problem here, more so than anywhere else in the country, that that (the negative) has been a real catalyst for change. So we see the City government, County government, and state government standing up and saying, “This is one of the major issues we need to deal with in this city and the state, and if we don’t work together we’re in real trouble.”

So there seems to be an unprecedented level of cooperation and focus on ending homelessness. Those of us in the non-profit sector have to work closely with governments as well as sometimes hold their feet to the fire, to keep them focused so the emphasis on homelessness doesn’t just become a flash in the pan.

You arrived at DWC during what seems to be a critical time in the city’s policies around homelessness. What are some ways that a reader/supporter can get involved?

The most obvious and yet vitally important thing is look at any way that they can volunteer. By getting to know the women who are experiencing homelessness, it totally changes your perception. Also, support the work financially. The nonprofit sector always struggles; there is more work and more people in need than we possibly have resources for.

At this time, one of the most important things people can do is let your political and community leaders know that we have to continue to focus on homelessness and especially women’s homelessness. Politicians listen to their constituents more than anything else, and if their constituents are saying, “Don’t stop. Keep doing this. Keep working together, working towards ending this,” then we’re going to see some real results.

TAKE ACTION: Check out our response to the City and County of Los Angeles’ recently released strategies to end homelessness here. Send our sample letters or write your own to the County Supervisor and City Councilmember in your district.

In your first month in Los Angeles, what are some things that have stood out to you about DWC and the work that is happening here?

The incredible women who come in day after day from life on the streets. How strong and courageous they are but at the same time how much they have to deal with just to survive. I think that’s the most striking thing. And the residents here, what they’ve been through and how they have been able to, in many ways, reclaim their lives once they were housed.

The staff. We have the best staff of any place ever, and I say that loudly! They are the ones who really work together with the women to help create solutions and walk beside women on their paths to empowerment and fulfillment.

Not long after that, Mayor Garcetti and LAHSA Commissioner Wendy Gruel visited the Center and I was able to meet them and see their passion and commitment. And then this week, we held our second National 1-in-4 Convening on Homeless Women and held a breakfast where we had representatives from every level of government in attendance, including District Attorney Jackie Lacey and a surprise visit from Congresswoman Maxine Waters.

That, and the weather! 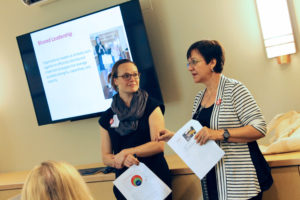 You talked about how you first heard about DWC and what drew you here; what are some things that you’re excited about or that you’re looking forward to during your tenure?

Continuing to raise the issue of women I think is vitally important. I see that as one of my main goals – to take what we have learned through working in Skid Row for many, many years and going national, and saying, “We need to focus on women, here are some best practices, here are some things you can do.”

In terms of the Center, I think some of the areas that I’m passionate about are looking at more workforce and employment opportunities, because we know that it’s through employment that you can increase your economic stability as well as your mental health and self-esteem.

And I think thirdly and just as importantly, is always to make sure that as I do this work, that I stay connected to the women with lived experience. It’s only by listening to them and hearing from them that we will provide services and things that are actually going to help them on their journey.

I think just to say how incredibly honored and privileged I feel to be working in this field with such amazing people and such an exceptional Board of Directors. My hope going forward is that the Downtown Women’s Center will continue to build relationships in the community and nationally, because it is through those relationships that we will end homelessness.

Please join us in welcoming Anne to our community!