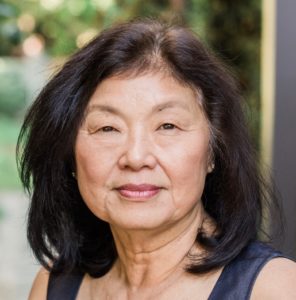 The Downtown Women’s Center is thrilled to celebrate our long-time friend and Board Member Bonnie Sun.

Bonnie practiced commercial litigation with the law firm of Tuttle & Taylor and served on the American Arbitration Association Nation Roster of Neutrals. She began volunteering at DWC with her daughter in 2000, joined the Board of Directors in 2001, and became Vice-President in 2003.

Bonnie chaired the 25th Anniversary Capital Campaign that launched the Center’s endowment, and led its early Strategic Planning initiatives. Bonnie served as DWC Board President from 2009-2011, guiding the Center through its expansion and relocation, Project Home, in 2010. Bonnie is currently a member of the Governance and Resource Planning Committees.

Bonnie has been active in the Los Angeles nonprofit community for years. She began her legal career as an attorney for San Fernando Valley Neighborhood Legal Services, and later served as its Executive Director. She was a member of the City of Los Angeles Rent Adjustment Commission, Deputy General Counsel of the Kolts Commission, and Vice-Chair of the California Legal Services Trust Fund Commission. Bonnie also served as the President of the Board of the Center for Early Education, and on other legal and charitable organizations.  Bonnie earned a Juris Doctorate from the University of California, Berkeley’s Boalt Hall School of Law, a Masters degree from the University of Michigan, and an undergraduate degree from Wellesley College.

Join Us for Dinner With a Cause!